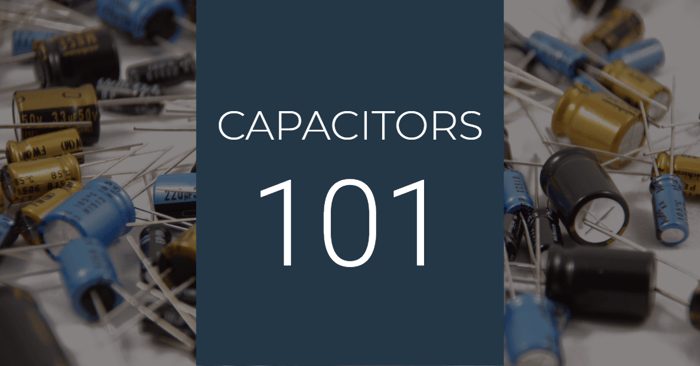 Capacitors are known to many electronic engineers as a “workhorse” component of an electrical circuit. These passive, two-terminal components were once known as “condensers” because the early precursors of the modern component were used as far back as the 18th century to condense steam in steam engine designs. As technology has advanced over the centuries, there has been a multitude of capacitor types developed for use in a wide range of electrical circuits across all industries.

Silver mica capacitors are constructed in a way that eliminates air gaps between the mica and silver layers, protecting them from moisture and corrosion, while providing a consistent capacitance value that rarely fluctuates. They are known to have a low capacitance value while showing low losses, making stability its key characteristic.

Paper capacitors are ideal for offering a fixed amount of capacitance to a circuit. Thus they are used in high voltage and high current applications like in RF transmitters and receivers. These types of capacitors are cost-effective but are prone to damage due to the porous nature of paper which can absorb water vapor from the air. Metalized paper capacitors are better able to withstand environmental effects but cost more per unit.

In the film-foil variety, the dielectric layers are usually made of polyester, polypropylene, polyethylene terephthalate, or polyphenylene sulfide plastics with electrodes made of aluminum sheets. In metalized film capacitors, the aluminum electrodes are substituted with a layer of metal that has been vacuum deposited on the plastic film layer. This allows metalized film capacitors to be more compact, making them ideal for a circuit with low currents and high impedance.

Capacitors come in all types of shapes and sizes, and can sometimes be hard to track down due to shortages. Sensible Micro has a reliable network of suppliers and can source a wide variety of electronic components, including all types of capacitors. We are also able to provide our customers with customized stocking and scheduling packages that will cut back on component lead times and safeguard from shortages. Not to mention our on-site component testing and inspection lab that ensures quality shipments every time. Need capacitors? Speak to one of our sourcing experts today.