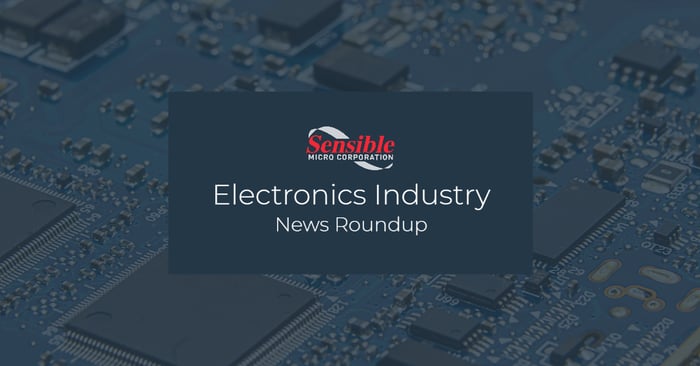 (Source) According to DRAMeXchange, as buyers have re-stocked, the NOR Flash ASP rose by around 5% QoQ in 1Q20 and by about another 10% to 20% QoQ in 2Q20. However, despite inventories getting replenished, the SLC NAND Flash average selling price (ASP) is expected to continue to decline this year as NOR Flash ASP fluctuates and uncertainties in 5G demand grow. 5G infrastructures throughout Europe and North America have been negatively affected and delayed by the ongoing COVID-19 pandemic. As a result, SLC NAND demand has decreased and prices are forecast to decline in 3Q20 through 4Q20.

(Source) On June 15th, Yageo completed its acquisition of Kemet for $1.6B USD. In an all-cash transaction, Yageo acquired all outstanding shares of Kemet’s common stock for $27.20 USD per share and Kemet is now a wholly-owned subsidiary of Yageo. Through this acquisition, Yageo has positioned itself as a one-stop provider of passive electronic components that can serve a broader range of end-market segments. Due to the current COVID pandemic, Yageo cannot accurately forecast Q3 outcomes.

Despite that, Yageo chairman Pierre Chen commented positively on the acquisition saying, “I believe Yageo’s revenue and profit will continue to grow after combining [revenue] from Kemet Corp starting from July.”

(Source) Due to tight capacity and an unexpected jump in demand, ocean freight rates for China-US West Coast shipments climbed by 17% $2160/FEU this week. China-US East Coast ocean freight rates also increased last week, but only by 8% to $287/FEU. China-US West Coast rates are 48% higher than they were at this time last year and China-US East Coast rates are 7% higher. Ocean freight rates have been at their highest level for over one year, dating back to January of 2019. However, despite these recent increases, demand is still expected to continue to trend downward and many ocean carriers have announced further cancellations.

(Source) According to recent OMDIA research, the UK is the sixth most advanced country in terms of 5G roll-out. Accessing the deployment progress on network coverage, commercial operator launches, spectrum availability and regulation, OMDIA determined that South Korea is the current early market-leader for 5G technology deployment. Following South Korea is Kuwait, Switzerland, the United States and Qatar. The UK government has identified 5G technology as imperative to its goal of delivering nationwide Gigabit broadband by 2025 and, as they are currently second only to Switzerland in terms of 5G deployment in the European market, they are on the right track for developing these next-generation industries.

(Source) Since the events of 9/11, the use of biometric technologies for US military applications has notably increased and improved. The latest security advancements, biometrics are used for identification and to improve security and surveillance. As a result of recent advancements in wireless technology, artificial intelligence (AI) and machine learning, biometrics for defense applications has further expanded. For example, the U.S. Army has been working on different iterations of wearable authentication tokens since 2019, when the original prototype system was completed. These tokens support identity authentication by combining public-key–based credentials with advances in the commercial wireless payment industry and flexible hybrid electronics. The US military is also using biometrics to modernize their databases. The US Army recently modernized their 20-year-old biometric database with a new software update, which will help soldiers who are patrolling at foreign checkpoints identify persons of interest in real-time.

Maxim introduced the newest addition to the part of the DARWIN family, the MAX32660. This new highly-integrated 32-bit microcontroller is both ultra-low-power and cost-effective. It combines a versatile and flexible power management system unity and enables designs with complex sensor processing without compromising battery life. The MAX32660 supports SPI, UART, and I2C communication.

Murata announced their new BLM18SP_SH1 series of the world’s smallest chip ferrite beads for noise suppression at the beginning of this month. The new series has a 50% smaller base area, two times the rated current and three times the impedance of Murata's other conventional product option. The BLM18SP_SH1 series was created for use in automotive power supply applications and provides manufacturers with more flexibility when designing automotive power supply circuits.