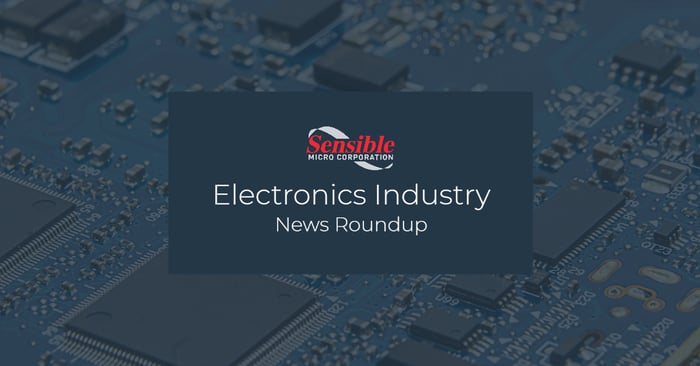 (Source) In the beginning of this month, Intel announced that it sold the majority of its smartphone modem business to Apple for $1B USD. As per their sales terms, Intel can still develop modems for non-smartphone applications, like PCs and autonomous vehicles. Most importantly, this transaction will allow Intel to focus on the development of technology for its 5G networks.

(Source) Despite the current US-China trade war, Apple has increased its business in China. Apple asked two of their Chinese suppliers to double production of their wireless earbuds, AirPods. This increase in production was necessary to meet the demands for this holiday season. One of the two suppliers, Luxshare Precision, has bumped their monthly AirPods Pro to 2 million units. These recent increases have not only been positive for Apple but also for the suppliers. The stocks of both Chinese suppliers rose with the announcement of the influx in production, with Luxshare Precision’s stock rising 34%.

(Source) The electronic and tech industries have been majorly impacted by the current U.S.-China tariff war throughout this year. However, the Trump administration’s decision to delay the imposition of 15% duties on over $150B USD Chinese goods has created a short-term tariff reprieve. This delay might result in a boost of holiday-related consumer sales but likely insignificant considering the 25% tariffs on the other $250B USD worth of Chinese imports are still standing. Though the initial panic over tariffs has mostly subsided since their arrival in 2018, the U.S.-China trade war continues to take a toll on the electronics industry. Many U.S.- based manufacturers have reported that booking new business contracts for this upcoming year has been challenging.

ZF to set up third research and development centre in China:

(Source) While most companies are moving their businesses out of China, ZF is doing the opposite. The German automotive parts manufacturer just established a third R&D center in Guangzhou, Southern China. ZF will be investing an estimated $90M EUR into developing the center. ZF’s two other R&D centers in China, both located in Shanghai, focus efforts on the development of chassis technology as well as passive and active safety technology. This new center will focus on future automotive technologies, such as automated driving and e-mobility.

(Source) USI, a prominent EMS based in Shanghai, formally announced its intention to acquire Asteelflash, a French multinational electronics contract manufacturing company, this month. If USI’s equity acquisition agreement with Asteelflash’s shareholders goes through, USI will acquire 100% equity of Asteelflash for $450M USD. Out of the total amount, 90% of it will be paid in cash and the remainder will be paid in shares. Asteelflash currently has over 6,000 employees across 18 facilities. If acquired, they will become a vitally important subsidiary of USI. This acquisition would not only benefit USI, it would also help Asteelflash grow. If backed up by USI, Asteelflash would be able to gain more opportunities and accelerate its business expansion.

(Source) People are crazy about wearable tech and there’s data to back that claim. In the International Data Corporation’s (IDC) recent Worldwide Quarterly Wearable Device Tracker forecast, it was reported that the global market for wearables shipped approximately 305 million units this year. That figure represents a 71% increase of wearable devices shipped from 2018 to 2019. It is projected that total volumes will increase by almost 200 units (from 305.2M to 489.1M). This growth will result in a 22.4% compound annual growth rate (CAGR).

Microchip has launched a new family of Serial Peripheral Interface (SPI) EERAM memory products. This family introduces four SPI densities, ranging from 64 Kb to 1Mb. It can retain data at power loss and reduce memory costs. They are more cost effective than other NVRAM alternatives currently on the market, offering up to a 25% cost savings.

STMicroelectronics has put out an affordable and easy-to-use STM8 Nucleo-32 Boards. These new development boards are compact and are conveniently controlled and powered via USB connection. The NUCLEO-8S207K8 is the first available STM8 Nucleo-32 board. It contains a 32-pin STM8S207K8 MCU, multiple capture-compare channels and 12 high-current outputs.