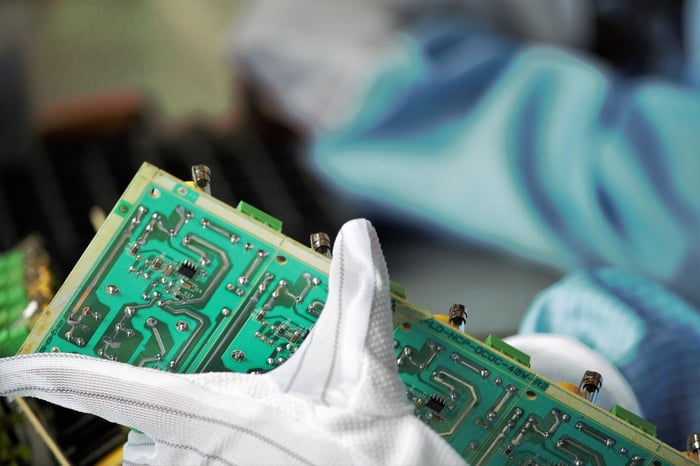 In this month’s Sensible Semiconductor News Update, we’ll explore the murky waters of ESG-positive mineral procurement, the deflation of the broader semiconductor market, and an alarming — and costly — trend in regulatory compliance testing.

Across the globe, environmental, social and governance (ESG) standards have become central to the development of a more sustainable supply chain. “Conflict minerals,” while not a new problem, remain a core challenge for electronics OEMs, manufacturers, and distribution channels. When procurement lacks full transparency into their supplier base, it’s possible to end up sourcing materials, components, or products that include conflict minerals mined in the Democratic Republic of Congo (DRC).

The definition of conflict minerals has traditionally included any tin, tantalum, tungsten, and gold mined in the DRC region. These raw materials may then pass through neighboring nations such as Sudan, Central Africa Republic, Uganda, Angola, Tanzania, Rwanda, Zambia, and others, making it important to trace the materials back to their original source.

Two other elements — lithium and cobalt — are also found in abundance in the DRC, and have seen a drastic increase in global demand as electric vehicle batteries ramp up in production. According to the UN Environment Programme (UNEP), the DRC is actually home to a whopping 70% of worldwide cobalt.

Conflict minerals in the U.S. are regulated under the Dodd-Frank Wall Street Reform and Consumer Protection Act (Section 1502), which mandates that publicly traded companies disclose the usage and source of any tin, tantalum, and tungsten in their products. Regulations have long focused on those three minerals, but future legislation may require cobalt and mica reporting. These two minerals are of growing concern due to their origin in many areas of the DNC that are known for human trafficking and child labor.

Responsible sourcing and reporting isn’t always easy, however. Systems used to monitor supply chains have weakened over the past year. According to Bloomberg, this is because the Responsible Minerals Initiative (RMI), an industry-led program for mineral tracking, is using a process for auditing that no longer recognizes the findings of the International Tin Supply Chain Initiative (ITSCI). This has complicated the process of identifying and preventing the purchase of conflict metals that fund violence in the DRC.

Buyers of minerals in the automotive, aerospace, medical equipment, and electronic components industries must take extra care and precautions in a supply chain that’s become blurrier than ever.

Despite the global upheaval in the supply chain, we’ve witnessed an unprecedented run of sequential quarterly revenue expansion in the electronic components industry — eight straight quarters since early 2020. That run has come to an end.

For the last two quarters, 2Q22 and 3Q22, the overall market has declined. Omdia Senior Research Analyst Cliff Leimbach reports that there are several moving pieces in this puzzle. Different aspects of the market have declined at different times. At first we saw a weakened PC Market, then the memory market dropped as demand for data center, PC, and mobile declined.

Between 2002 and 2022, the average quarterly growth has stood at 8%, but semiconductor revenue is now down 7% since the previous quarter. Such a third-quarter decline is unprecedented, and points to inventory adjustments as well as ebbing consumer confidence.

The DRAM market, which saw a notable upturn since the latter half of 2020, now mirrors these overall trends. Sales have reduced swiftly since the summer of 2022, tumbling 36% in June and 21% in July. Momentum for renewed growth in 2023 is lacking, and Samsung’s co-CEO Kyung Kye-hyun believes that the coming year doesn’t show much room for improvement.

DRAM downturns traditionally last at least 5 quarters. IC insights estimates that, given the current outlook, it’s likely the market will fall by 38% in 3Q22 in comparison with the peak in 3Q21.

63% of Products Fail the First Round of Final Testing

Final testing, inspection, and certification should ideally be a confirmation of product quality and a rubber stamp. However, according to the TIC Council, 63% of products don’t meet the requirements of final testing at the first attempt — an alarming majority. Going to a test house is a critical part of getting your product to market, but when you don’t pass, it costs the company time and money.

This trend signals a need for increased focus on regulatory compliance. One of the primary reasons for the majority of products that fail their first attempt is the increasingly complex standard of regulatory requirements. This can be compounded by a lack of knowledge about regulatory compliance on the part of the manufacturer or OEM.

Another reason is the global increase in protectionism, which has led to many countries supplementing international standards with their own local requirements — a trend that has dramatically increased over the last decade. The most common reasons for rejection include inadequate specification during component approval and the failure of documentation to stand up to scrutiny.

The potential impact on manufacturers is huge. Failure on a first testing attempt can delay a production launch by an average of two months and increase costs due to redesigns and additional required test hours.

The remedy lies in the product development cycle, which has traditionally focused more heavily on innovation and functionality than regulatory compliance. Larger companies — with larger budgets — tend to succeed more often on the regulatory part, but any company can make a mistake. It’s important to take regulations into account and involve them heavily in the product planning and development process.

Stay informed with Sensible Micro and prepare for imminent shifts in the semiconductor market — or the technologies that drive it!

Welcome back for the second half of this month's sensible semiconductor news update! In this installment, we’ll dive into ...