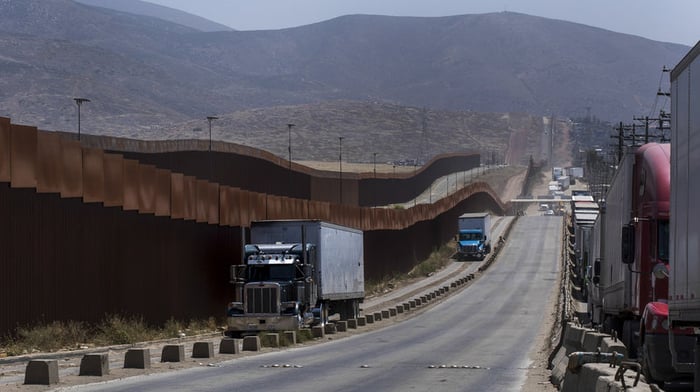 US and Mexico Reach New Agreement on Tariffs

On June 7, President Trump announced that a new deal was reached with Mexico in regards to tariffs. This new deal counters the previously threatened 25 percent tariff on imports from Mexico.

The original tariff plan involved a growing set of tariffs placed on Mexican imports. The plan was set to go into effect on Monday, June 10, starting at 5 percent with a monthly 5 percent increase until totaling 25 percent. These tariffs would have had a similar impact on our industry that the Chinese tariffs on products used in printed circuit board assemblies, such as diodes and capacitors, currently have.

The intent of this proposed tariff strategy was not to save Americans money, as implementation of such a tariff would cost Americans a very pretty penny, according to NBC News. In 2018, the U.S. imported roughly $347 billion in goods from Mexico. If a 25 percent tariff had been in effect then, annual tax would have equated to about $87 billion, costing each American around $265 and impacting industries like automotive the most.

Rather, the threat of tariff imposition was made in hopes of forcing Mexico into decreasing the amount of Central American migrants and asylum seekers trying to enter the U.S. Luckily, this negotiation tactic was proven effective. Martha Bárcena, the Mexican ambassador to the United States, confirmed that the Mexican government had agreed to “strengthen measures for the application of its immigration law” via Twitter the night the agreement was settled.

President Trump publicly declared the new deal in a Tweet, saying, “I am pleased to inform you that The United States of America has reached a signed agreement with Mexico. The tariffs scheduled to be implemented by the U.S. on Monday [June 7], against Mexico, are hereby indefinitely suspended. Mexico, in turn, has agreed to take strong measures to stem the tide of Migration through Mexico, and to our Southern Border.”