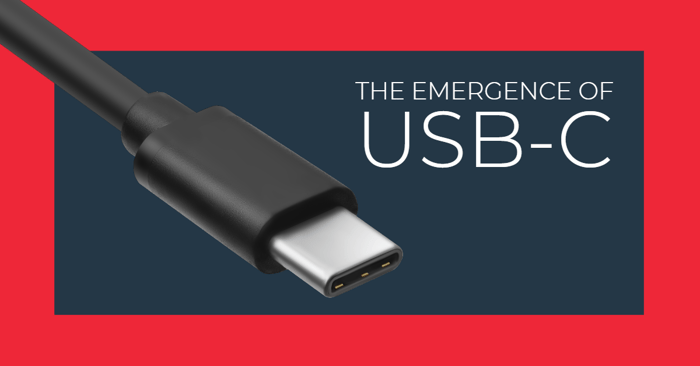 The Emergence of USB-C Power Supplies

Universal Serial Bus, more commonly referred to as USB, technology has been the standard for connecting peripherals to computers since the late 90s. The first iteration of the USB was developed in 1994 by the USB Implementers Forum, a non-profit corporation that developed USB specification, comprised of companies such as Intel, Microsoft, and Apple. USB technology quickly became widely-adopted because the universal port design was able to accommodate a variety of different devices. This mass applicability is also what has made USBs a go-to when it comes to power supplies. Since the USB debuted in 1995, there have been three distinct generations of USB technology and in 2014, USB type C was introduced.

When USB-C entered the marketplace, Apple and Google were two of the first companies to incorporate the USB-C ports into their laptops, as they were smaller, worked faster, and were perfect for their new thin laptops. While Google slowly started to mass-adopt the new power supply, Apple took to the USB-C almost immediately. It was incorporated into their products, and eventually used to phase-out their MagSafe power connector. Unlike other power supplies and chargers, USB-C connectors are capable of performing many functions through a single port with no chances of plugging it in ‘upside down.' Ever since its inception, USB-C has trumped the traditional USB as the standard for connector systems.

The many benefits of the USB-C lead to its mass popularity. It’s main claim-to-fame—being a reversible cable that does it all—was bolstered by the launch of Apple’s 12-inch MacBook in 2015. The MacBook was the first of its kind to have only one port, sans the headphone jack. They were able to do away with the other ports because USB-C can provide enough power to charge the device and has enough bandwidth for display signals, all with high data speeds. It’s other capabilities include its compact size, versatility, and its heightened power.

Though USB-C technology is currently being used as a connective power system, its future is full of innovative advancements. Future uses for USB-C tech was a topic of conversation at this year’s Consumer Technology Association’s CES conference in January. One of the most anticipated USB-C enabled devices are monitors. At the conference, LG Display demonstrated the use of two USB-C monitors into one Macbook Pro. The USB-C displays were powered directly from the laptop instead through traditional electrical outlets. Even though the laptop’s battery drained quickly, the USB-C connector was able to transfer power and the display signal simultaneously.

Despite wireless earbuds becoming increasingly popular, the possibility for USB-C headphones was also a hot topic. Companies Moshi, HyperX and Belkin all presented USB-C headphone prototypes. Lastly, USB-C chargers, docks, accessories, power adaptors and chargers were projected to hit the market in the near future. USB-C hubs, chargers, storage systems, portable battery packs, USB-C to Lightning cables, and more were brought to the table at CES. As electronic devices advance and become more compact and powerful, USB-C and its future iterations will undoubtedly be utilized and incorporated into design more.

Sensible Micro can source USB-C cables and power supplies to fit a variety of needs. FioX, our private-label brand of high-quality computer and connectivity solutions, offers competitive prices with the shortest possible lead times. In addition to standard cable products, FioX can accommodate custom lengths and configurations. Stay on top of the latest developments in the industry by subscribing to the Sensible Micro blog today.

COVID-19 was a major catalyst for the global supply chain disruptions and shortages that have grown increasingly complex and ...

Most companies rely upon business-to-business relationships with some number of other companies to thrive — for raw ...

Obsolescence Management Before It Becomes A Problem